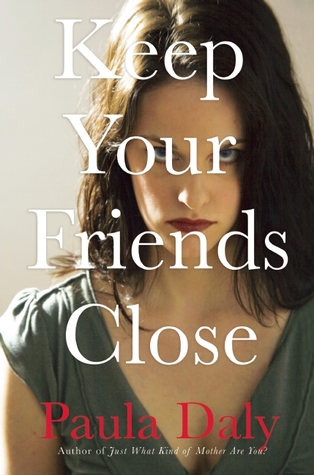 Natty and Sean Wainwright have a rock-solid marriage and family. When their younger daughter falls ill on an overseas school trip, Natty rushes to her side. Luckily, Natty’s best friend from college, Eve Dalladay, is visiting and offers to stay with Sean to lend a hand in the Wainwright household. But Natty returns home to find that Sean has fallen in love with Eve. Natty attempts to start anew, but Eve is there to knock her down again. Then Natty receives a mysterious note that says Eve has done this before and the consequences were fatal. On a mission to reveal Eve as a vindictive serial mistress, Natty must navigate through a treacherous maze of secrets and lies that threatens her life and the safety of her loved ones.—Grove Press; 2014

The scenarios and trains of thought presented in Keep Your Friends Close are extremely relatable. Trying to be the perfect mother and wife. Having to do everything yourself, because no one can do it as good as you. Needing to create a perfect life to impress and prove everyone wrong or right. Eve took that perfect life away from Natty Wainwright by turning her husband Sean’s head.

I enjoyed following Eve as she systematically laid her trap. Leaving evidence of infidelity and gaining the favor of the Wainwright household to reach her goal, but felt short-changed by how fast Sean succumbed to Eve’s seduction. The cracks in Natty and Sean’s marriage were obvious, but having 16+ year marriage undone in literally a weekend (with very little work on Eve’s part), was a bit hard to accept. As Eve’s real personality and true motives are revealed, you question why she kept the charade of her friendship with Natty going on for so long.  Were they ever really friends and Eve decided to throw it all away to reach her goals? Or was it never real to begin with?

There were no likable characters. Eve, is a manipulative husband stealer. Sean, an easily seduced, cheating husband. Felicity and Alice, are meddling teenage daughters. Natty, is an overachieving, yet, neglectful wife. The pace slowing, unnecessary background of Detective Constable Joanne Aspernole, (who’s investigation comes to no resolution) is another wasted character, who doesn’t invoke any type of emotion.

In the end, I felt I had no one to root for. Yes, Natty wanted to get back at Eve and reveal her past, but to what end? We feel Natty’s devastation at her life being turned upside down by the betrayal, but does she even want Sean back? What does she want her life to look like in the wake of the story’s events? Granted with how quickly the whole thing took place, Natty probably didn’t know what she wanted herself, but the open-ended conclusion would have felt more satisfying if we knew what Natty’s end goal was and have an idea of what was next for her. —(Low) Borrow it. 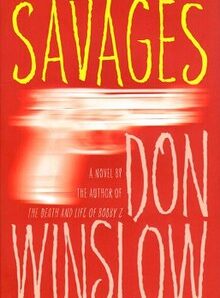